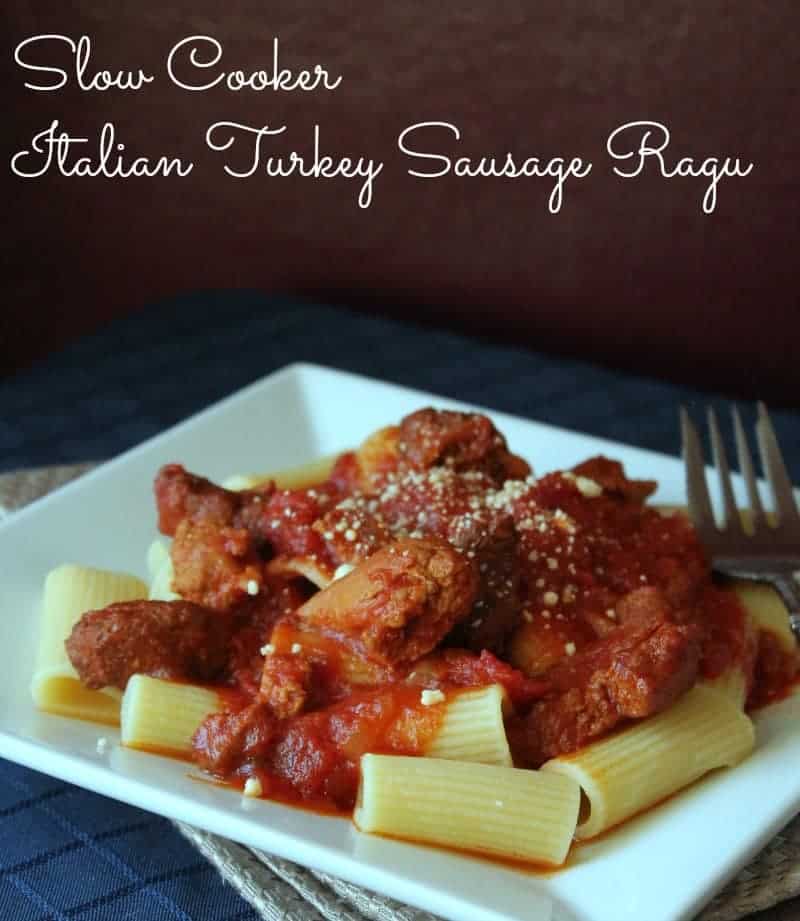 I remember when I was younger my mom used to freeze spaghetti sauce all the time. She would make a HUGE pot on Sunday then it would be used for dinners all week. On Thursday or Friday she would freeze the rest. At the time she probably did not realize she was freezer cooking she just didn’t want to waste leftovers. So, when I first started to freezer cook, sauce recipes where the first I experimented with.

Red sauce recipes freeze great! In fact, after you reheat it, you would never know it was frozen. It tastes just as fresh as the day it was made. They are also so versatile. They can be used over any pasta, ravioli, lasagna, or however you would use sauce.

The key to freezing sauce is to freeze in recipe ready portions – about 1-2 cups depending on recipe. You don’t want to freeze in 5 cup or more portions because, unless you are feeding a lot of people, you won’t need that much.

This new Turkey Sausage Ragu recipe has earned a spot on my sauce and slow cooker rotation. Ragu is just a fancy way to say sauce with chunks of meat in it. Anyway, this ragu is delicious and cooks all day long. My house smelled like an Italian restaurant as it was simmering away in the slow cooker.

As with many of the slow cooker recipes I make this one also needed a little extra love before hopping into the crock. I browned the turkey sausage in some olive oil, added them to the crock,  then cooked the onions, garlic, tomato paste, oregano, and red pepper flakes in the same pan. I deglazed the pan with beef broth then dumped everything into the crock with the sausages. Next I stirred in all the tomatoes, turned it on to low, and let it cook for 10 hours.

We enjoyed this ragu over some rigatoni. I know this is white pasta but rigatoni is one of my guilty pleasures that I allow myself to have on occasion. I froze the leftovers into 2 cup portions for dinner down the road. 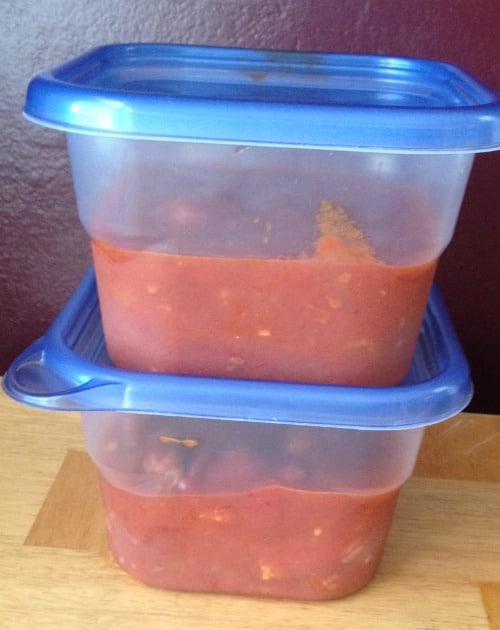 Make ahead tips This sauce can be made completely ahead of time and frozen.
You can also prep the ingredients the night before in the crock and store in the refrigerator. In the morning place the crock in the slow cooker and turn on.