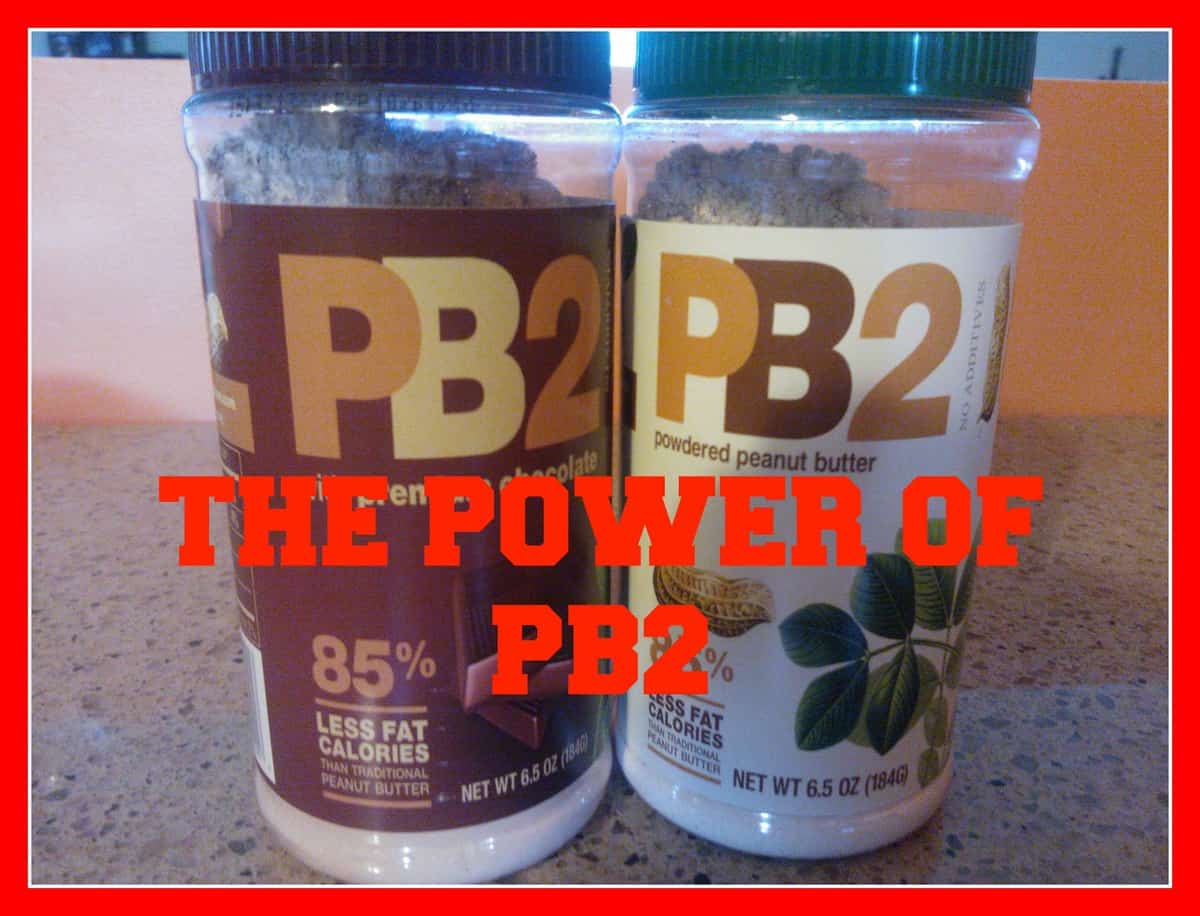 I love peanut butter, and personally have considered it its own food group my entire life. I love it on a peanut butter and jelly sandwich, I love it in a Reese’s peanut butter cup, I love it slathered on apple slices and celery sticks, I even love it just eaten right off the spoon. It is salty, creamy, satisfying, and will keep you full for hours. Peanut butter has many healthful benefits, including a hefty dose of protein, fiber, and good-for-you monounsaturated fats, but it is still a very calorie-dense food. At OYS, we never ban foods, but instead eat them in moderation and also find alternatives to our favorites. PB2 is one of those alternatives. I will never give up good old peanut butter from a jar, but PB2 is another option out there that is a little bit on the lighter side.

PB2 has been mentioned in several OYS posts lately, and you’re probably seeing it in recipes from other sites too. If you are not familiar with PB2, this post is intended to bring you up to speed on what it is, why you would use it, how you would use it, and give you some recipe ideas. Peanut butter lovers, rejoice…PB2 is amazing!

PB2 is basically an all-natural powdered peanut butter. On the label, it describes itself like this: “Superior quality peanuts are first slow roasted then pressed to remove 85% of the fat and oil. The result is an exquisitely natural roasted peanut butter flavor that’s deliciously rich in taste, easy to enjoy and wonderfully healthy.” I included this spiel from the label because I thought it best describes what PB2 tastes like, and explains why it’s different than regular peanut butter. I swear I am not being paid by PB2 in any way to write about it. I just think it’s an excellent product for healthy-minded people. It also comes in a chocolate variety, which just has cocoa powder added and tastes divine. I bought my PB2 at Target for $4.69 for a 6.5 oz. container. **note from Tammy. I just saw a huge 15 ounce jar of powdered peanut butter at BJs wholesale club for only $5.49. That is a steal so make sure to check out your local wholesale club.

Why would you use PB2?

How would you use PB2?

PB2 can be used in place of peanut butter in virtually any recipe. I have seen it used in muffins, breads, smoothies, oatmeal, and cookies, but I am sure the possibilities extend beyond that. Give it a try in the following OYS recipes that call for peanut butter, and let us know what you think. I don’t think you will be disappointed!

Peanut Butter and Chocolate Overnight Oats – Use the chocolate PB2 for this one!

Get Instant Access to My Best Weight Loss Tips & Strategies!

Sign up now for a free step-by-step 7-day email course that I created exclusively for my email subscribers! That's you. I will teach the best habits, strategies, and insider tips so you can enjoy a lifestyle that encourages and supports weight loss! Stop relying on willpower and take control back over your life! You can do this. Let me help!

Success! Now check your email to confirm your subscription.